Select Morocco Tours; the main reason ensures that your Morocco desert trips will suit the true Morocco spirit. Morocco is our homeland, and we would like to share its beauty and rich culture with you. Our family-run business is here to take you on an unforgettable tour around Morocco so you can return home enriched with new experiences and special memories from your Morocco desert trip.  With Select Morocco tours, you will go on a magical adventure through vibrant, lively souks, ancient castles, golden deserts, and medieval cities. We are here to accompany you through this journey and ensure it happens in the most comfortable environment.

Select Morocco tours is a Moroccan tourism agency that has been operating tours for many years, which allowed us to gain valuable experience in this domain. We have come up together with the most interesting and enriching tours around Morocco, ranging from the simplest to the most elaborate ones. Whether you are here for a mere weekend or for a full two weeks, we will be accommodate your request and guide you during your time here.

With Select Morocco tours, you will be able to wander through the Golden dunes of Morocco’s Sahara. Go on a camel trekking excursion or a Quad bike ride and feel the sandy wind run through your body, that’s what the Sahara desert is all about. We also offer you the possibility of spending the night at luxury or nomad camps in the middle of the desert dunes, which will give you the opportunity to star gaze at the unpolluted Sahara desert.

However, Morocco is not all desert and sand. During a Select Morocco tour, you will be able to visit Morocco’s old Medina Souks, medieval quarters, and imperial cities. Not only do these places hold an incredible amount of historical value, but they are also always buzzing with life and full of culture. These aspects of Moroccan culture are an essential part of every trip to Morocco, and Select Morocco tours will ensure you get all of it.

Morocco, the beautiful country in the Northwest of Africa, is a country that never fails to fascinate and satisfy its visitors, with all the unique experiences it offers for tourists, fro; from the  desert to the ocean; everything is available in Morocco. Tourism in Morocco, a country of Beauty and amazing unique landscapes, tourism in Morocco is characterized by its diversity, as it contains many types of tourism, including mountain tourism, imperial cities tourism, religious tourism, and sports tourism all, can be found in Morocco in cities: Merzouga, Marrakech, Fes, Meknes, tangier, chefchouen. Morocco has become a popular worldwide destination for all travelers, thanks to its qualities and the various activities that can be done in Morocco experiences: camel trekking, desert camp, surfing, and hiking.

#selectMoroccoTours is the best travel company if you want the best desert tour in your lifetime.

When you are speaking about the history of Morocco, you might be speaking about the history of the whole world in other words, just in the last years, a lot of archeological antiques that were found in Morocco and that goes back to hundred thousands of years that witnessed the early beginnings of the humanity. Other than that, there is also a huge collection of ancient ruins of old dead civilizations such as the Romans, Phoenicians, Carthaginians coming down till the Christian Berbers in the first years AD, and all of this civilization have made their touch in the Moroccan history, which is obviously shown in the old cities of Volubilis, Chellah, Mogador or known now as Essaouira, and Lexus.
Morocco is an Islamic country as everyone knows, the story of Islam in Morocco goes back to more than 13 centuries, with the sultan Idriss I who was the founder of the Idrissi dynasty in the city of Fes, The oldest imperial city in the country, after the idrissis a lot of dynasties have ruled the kingdom of Morocco, such as El Moravides, El Wattassies, and El Mowahides which gives the country a rich collection of different old monuments that anyone can visit in Morocco in cities: merzouga, Marrakech, fes, Meknes, tangier, chefchouen..
Morocco have been always a desired target for the Europeans, because of the its strategic location, and actually they did, that’s why the eauropean influence could be noticed all around the country, especially the French impact due to the colonial phase. 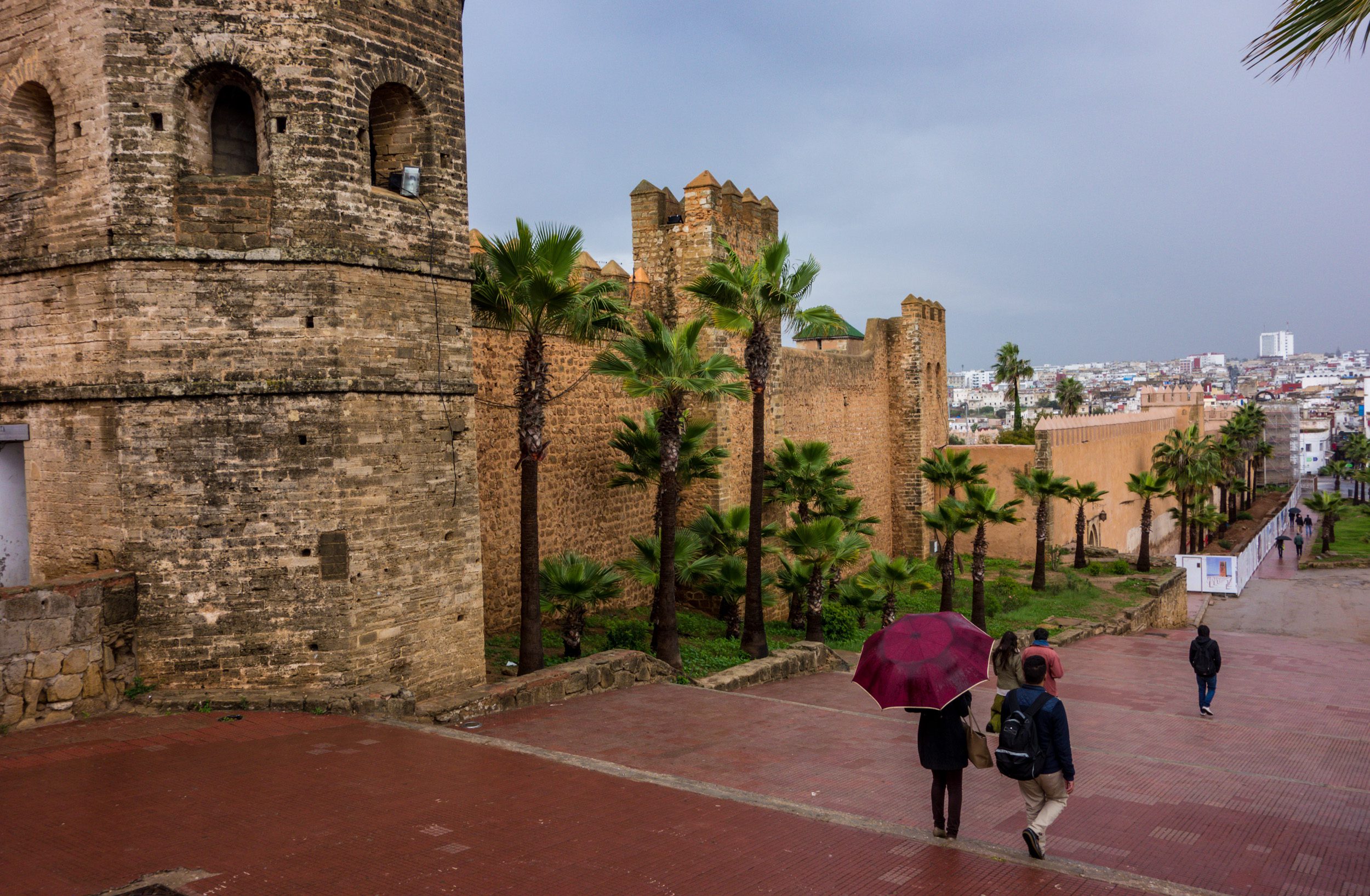 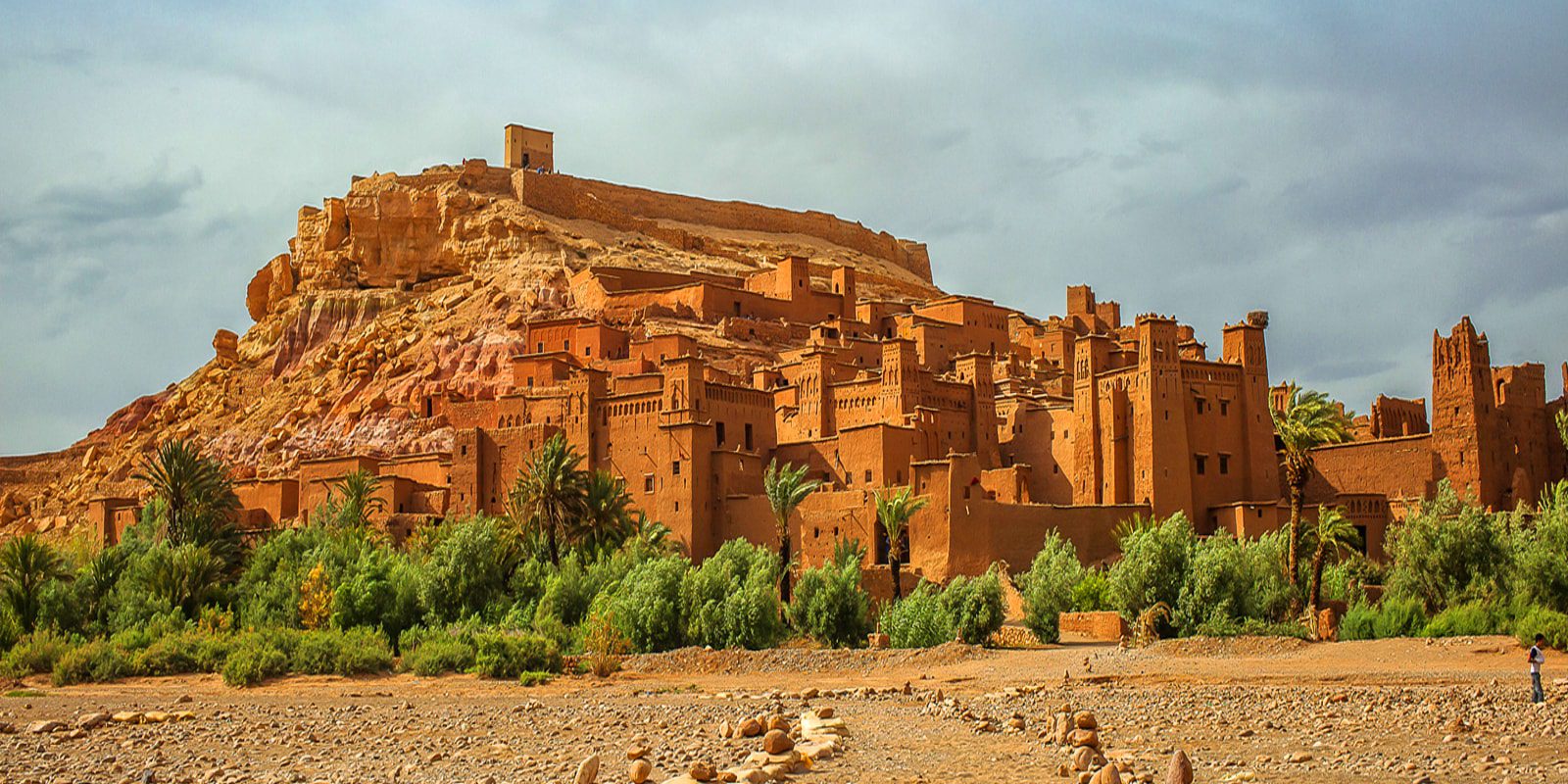 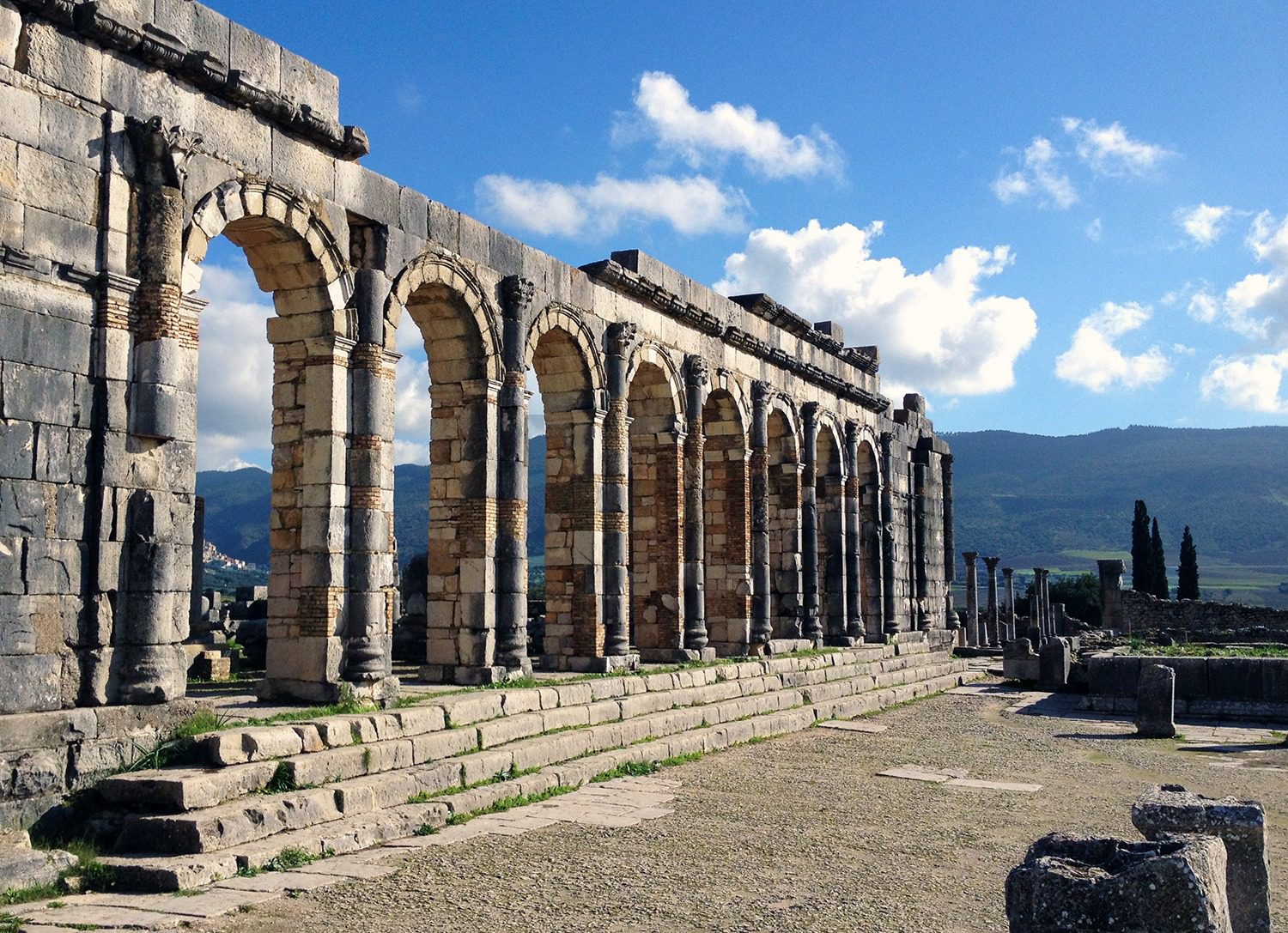 Select Morocco tours wishes to provide its dear customers with nothing but the best experience possible. For this reason, we have accumulated a collection of modern and comfortable VIP vehicles (with A/C) to make sure that you are as comfortable as possible during your travel in our country. In addition to this, our team of drivers is highly trained, multilingual, professional, and well versed in Morocco’s different roads and different destination trajectories.

Select Morocco tours also makes sure to choose nothing but the best accommodations for its customers, to ensure that they’re stay here is comfortable, safe, and luxurious. From Riads, to hotels, to desert nomad camps, our accommodations range from 3 to 4 stars and are all well reviewed and loved by the traveling community.

Select Morocco tours is well-experienced in creating tours across all of Morocco. We know all of the top destinations that will make your experience more interesting, whether those destinations are popular or off the beaten path. As a matter of fact, our agency is proud is proud to offer its customers the best section of tours out in the market that includes a mix of both popular tourist hotspots as well as remote and lesser known locations. We do this because we want our customers to experience the best of both worlds, in the most fun and culturally authentic way.

In addition to this, Select Morocco tours keeps close tabs on all of Morocco’s main cultural events, such as festivals and music concerts that take place during different times of the year. This way, we can include them in your tours if you wish so, to make your experience even more enriching and genuine. 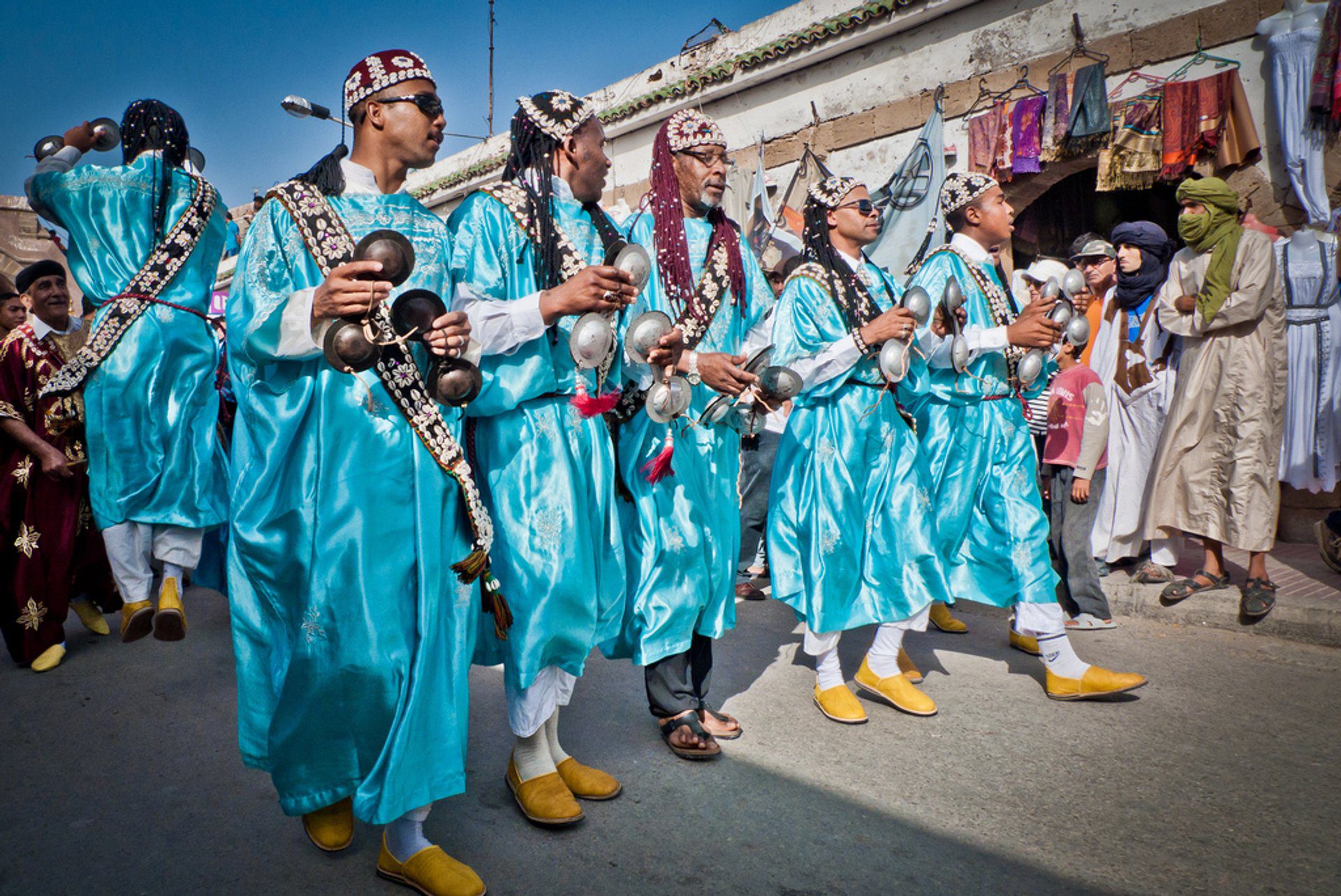 Morocco is a multicultural country with a diverse culture and civilisation. Moroccans have welcomed dozens of people out from east (Phoenicians, Jews, and Arabs), as from the south (Sub-Sahara Africa), as well as the north during history (Romans, Vandals, Moros). All of these groups had an effect on Morocco’s socioeconomic structure, which contains a wide range of religious views, including Judaism, Christianity, and Islam. Each Moroccan area has its own distinct characteristics, which add to the mosaic of Moroccan culture and heritage.

one day trips from fes

one day trips from marrakech

As a result of the diversity of civilizations in Morocco and their mixing with Islamic civilization and their contact with the civilizations prevailing in both Europe and sub-Saharan Africa, it made it a unique mixture of its kind, not in terms of Moroccan decoration, nor in terms of colors nor historical depth. In Moroccan art, diversity and complementarity appear in the colors derived from the environment of Morocco, which is rich in its colors, such as the colors of soil, rocks, trees and flowers, rich in colors of attractive nature. The special architecture that is obviously shown in Morocco in cities: merzouga, Marrakech, fes, Meknes, tangier, chefchouen. 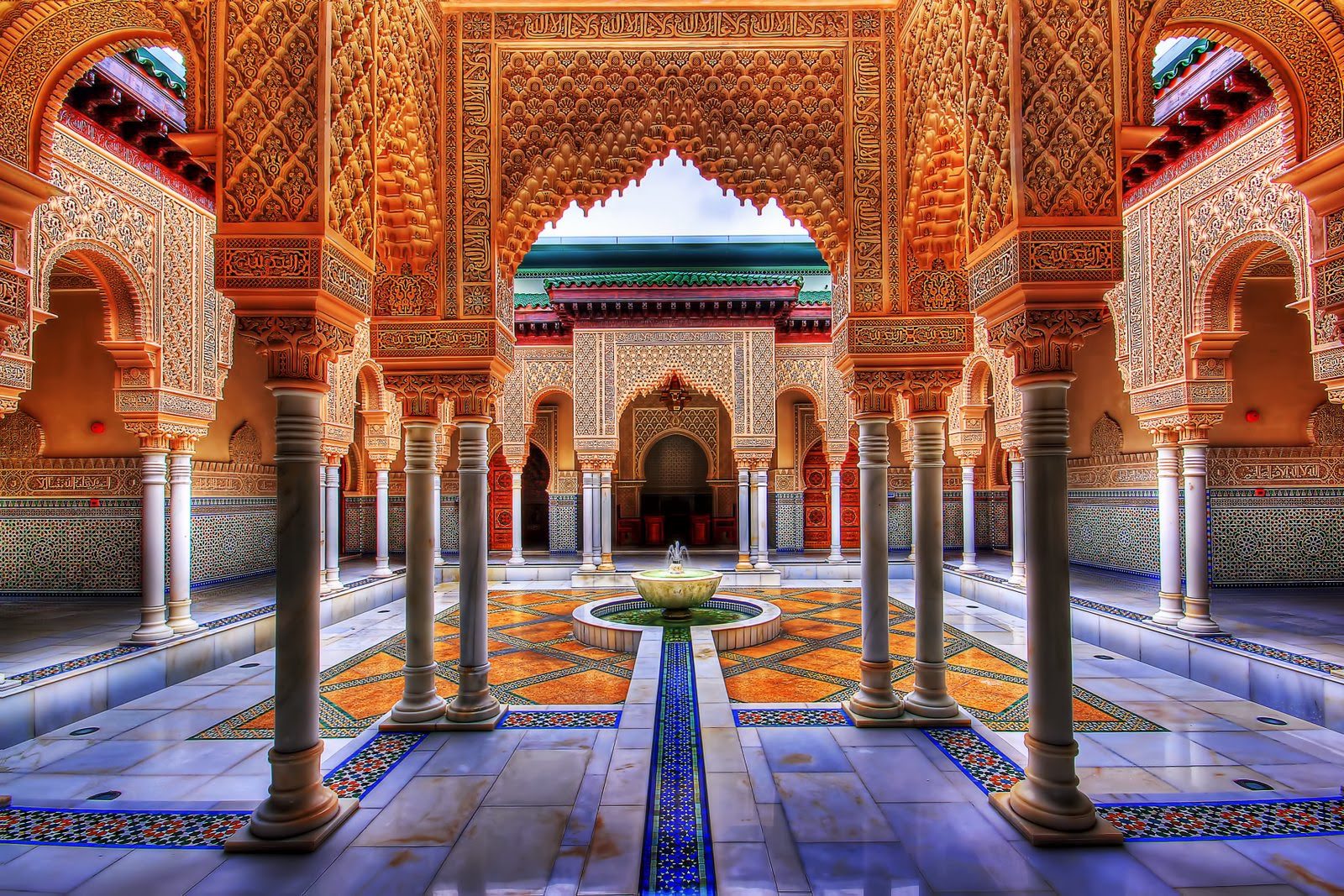 The rich Nature of Morocco: 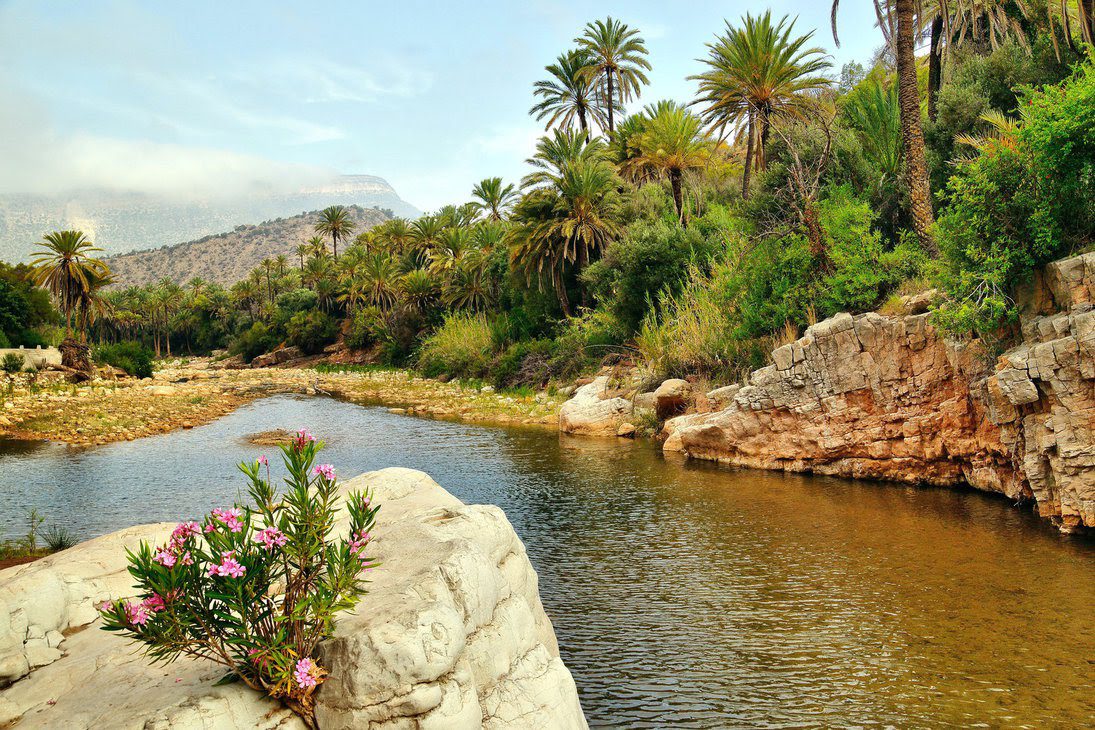 Morocco is located in a subtropical region and possesses a beautiful nature rich in various natural resources. A subtropical region with The topography of Morocco varies, as it includes mountain ranges, sandy beaches on the Atlantic Ocean and the Mediterranean Sea, in addition to large areas of dunes, oases, and small bays, and the Atlantic Ocean causes a variety of weather conditions in these terrains, which makes a good destination for adventure lovers that will let them in Morocco experiences or the best desert tours: camel trekking, desert camp (palmyra luxury camp), surfing, hiking. 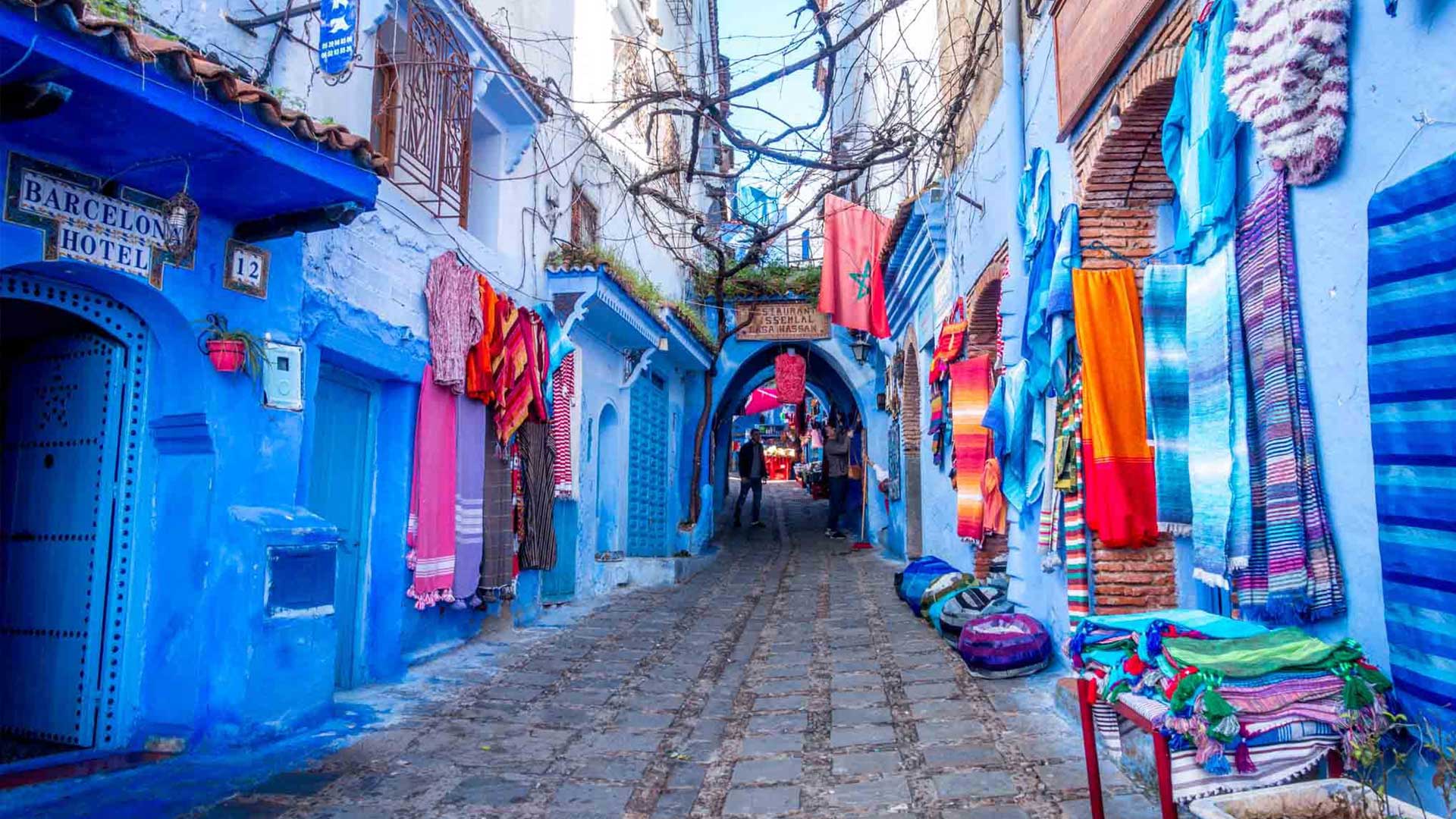 An exciting trip to the beautiful city chefchaouen also known as the Blue City in the north side of Morocco, to enjoy the special architect and the beautiful landscapes of the city with its famous blue walls. 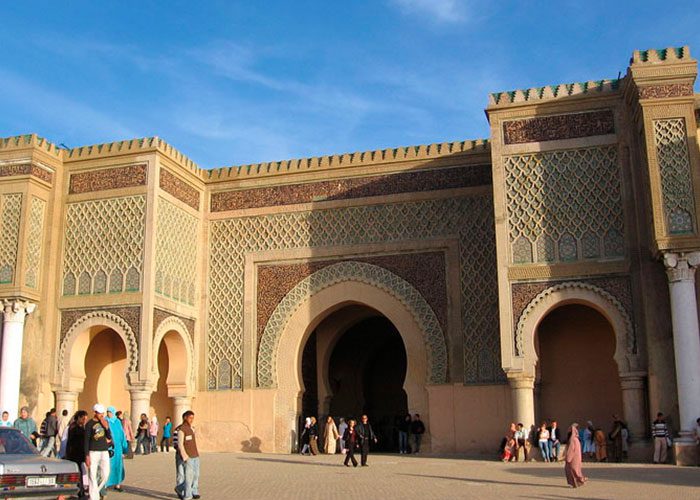 This trip will be dedicated to exploring one of the imperial cities in Morocco which is Meknes, and one of the oldest cities Volubilis, the ancient roman ruins, exploring and enjoying all the attractions of the two cities. 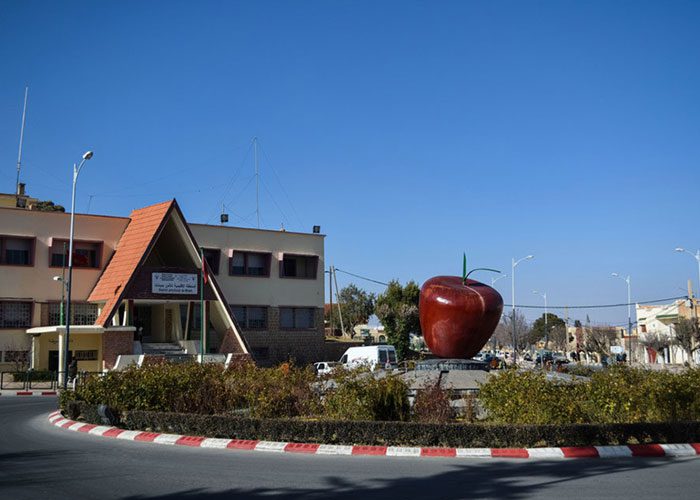 This trip will be taking you to the heart of the middle Atlas mountains starting from Fes, to Ifrane, in order to enjoy the beautiful landscapes and the majestic nature of these beautiful Mountains. 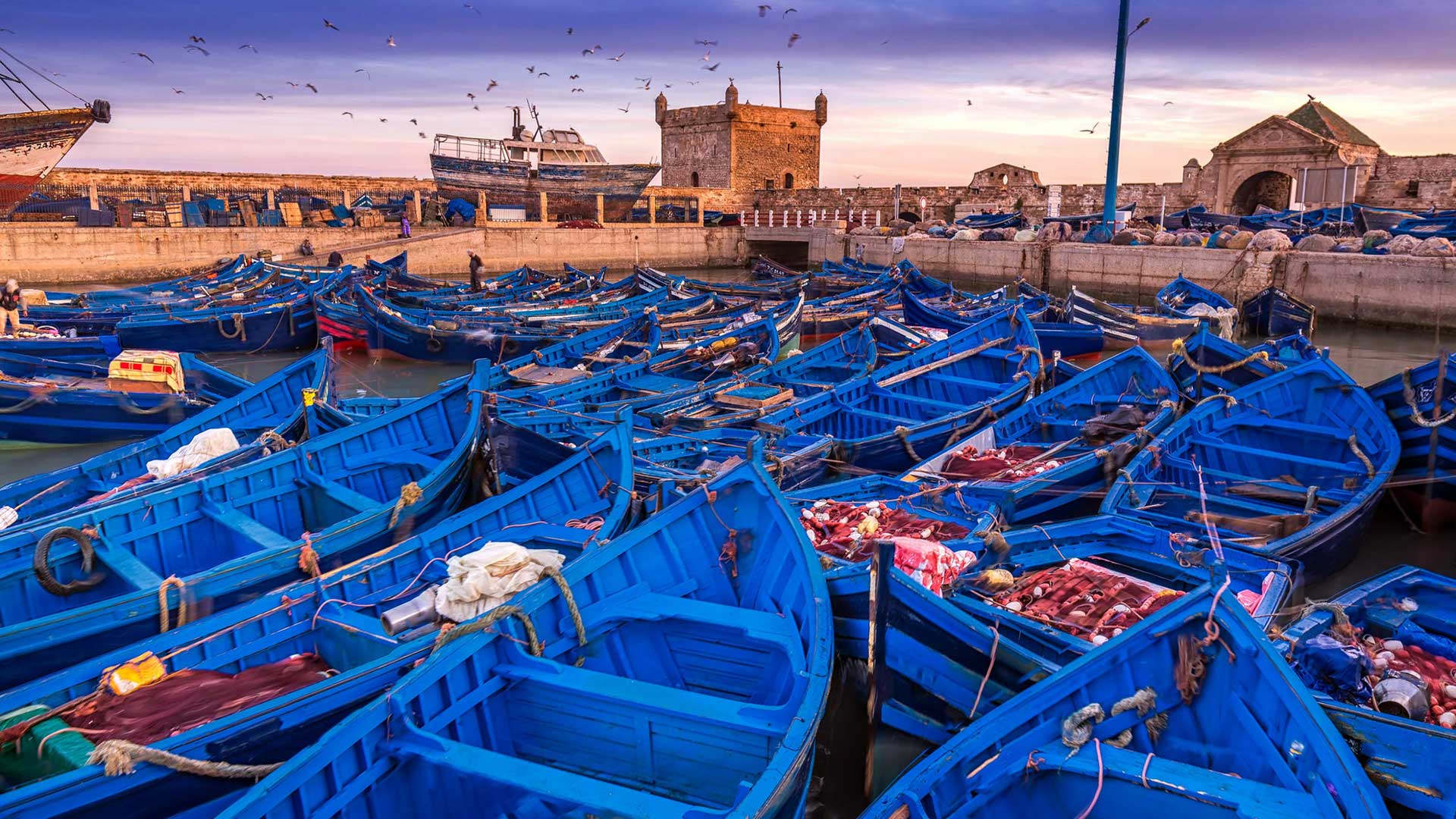 An exciting trip to Essaouira, to discover and enjoy all of what the city on west coast got to offer for us, from the special architecture to the unique lifestyle and culture. 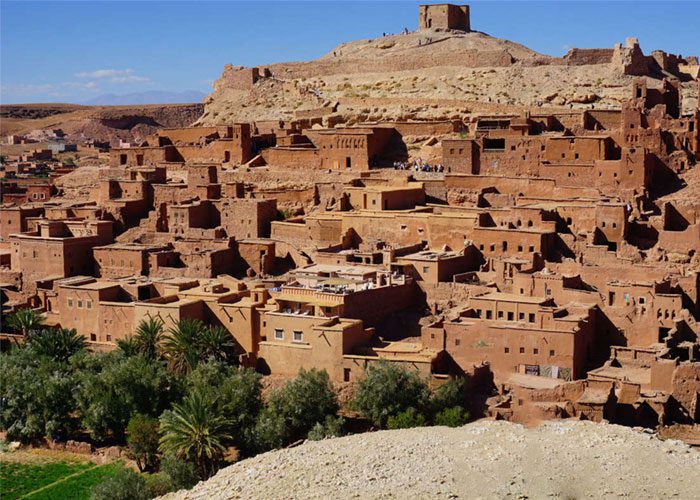 This trip will be all about the old fortress of Ait Ben Haddou, the oldest in Morocco and the UNESCO world heritage, exploring and discovering the historical fortress and appreciating its cultural value. 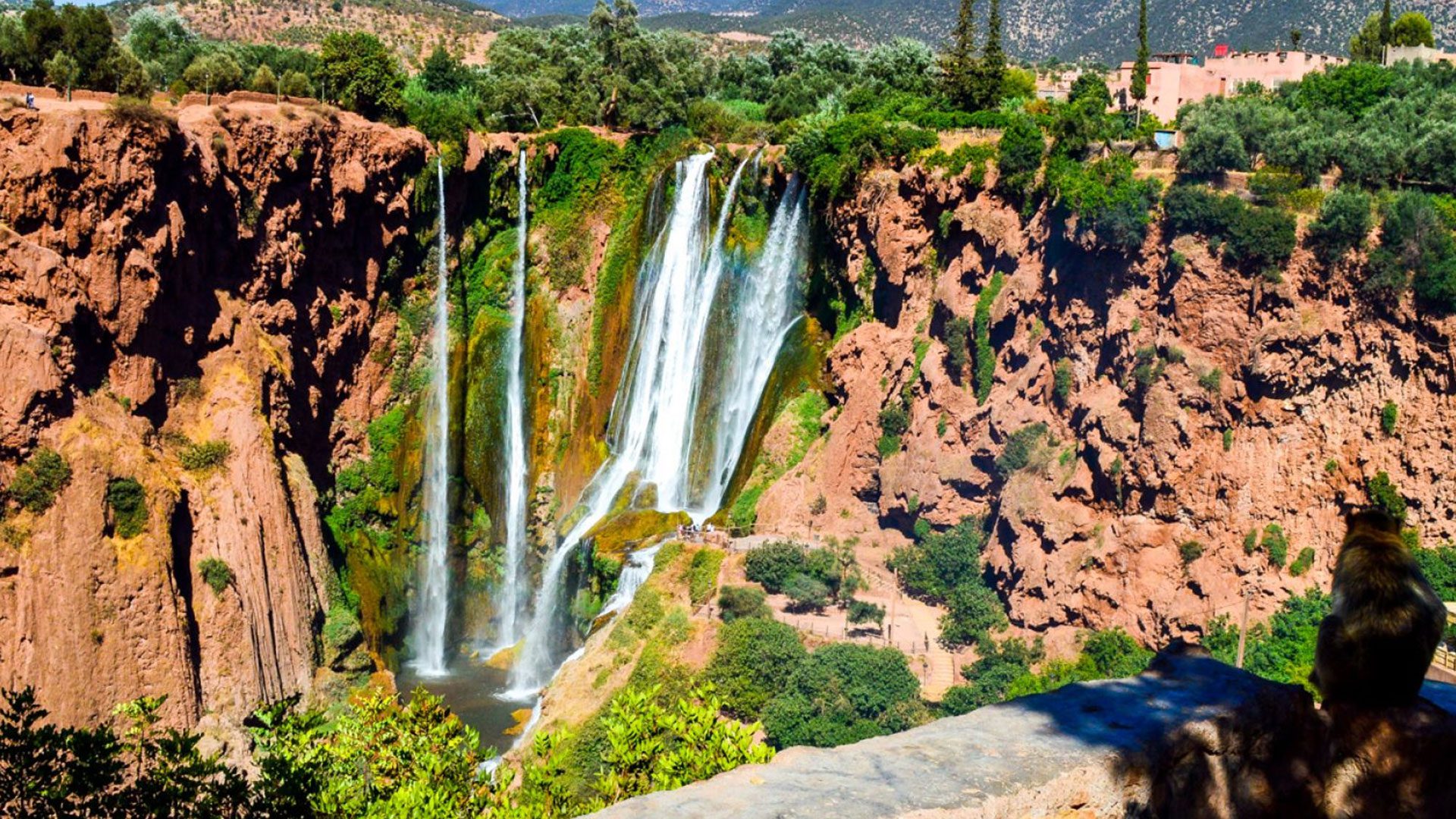 In this excursion, you will be visiting the Ouzoud waterfalls in the Atlas Mountains, enjoying its fascinating nature along with the beautiful landscapes while hiking.

Select Morocco tours offers a large variety of destinations, from the northern Rif Mountains to the Southern Sahara desert.

We are available year-round, and very responsive to our clients and our tour requests

Select Morocco tours offers you a wide range of prices to fit every budget.

Experience genuine Moroccan culture by being immersed with the locals

Our cancellation terms are made clear and flexible for your comfort

Our quality services guarantee that you will have a top-notch experience with Select Morocco tours. So, what are you waiting for?

Travel to Morocco on the best Morocco desert trip, the country is offering its visitors more than just deserts and palm trees. Morocco is vibrant, lively, and colorful. Morocco is mountains, plains, beaches, souks, old medinas, tasty cuisine, shopping centers, and so much more. The country’s breathtaking landscape rivals that of the most famous tourist destinations, and it never fails to amaze its visitors. Book your tour today with Select Morocco tours, and get ready to prepare for an unforgettable journey through our country.